Home » You Can Still Be Part of Super Squad Rotation! 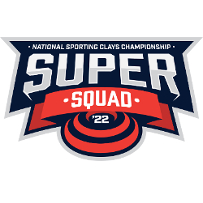 The auction has ended for the opportunity to purchase a spot on the Super Squad Rotation at the upcoming National Sporting Clays Championship, but we still have some great positions available to shoot with accomplished champions and All-Americans. The Super Squads, comprising World, National and Regional Champions, All-Americans, and other top shooters in NSCA, will shoot together in the same rotation, realigning on the final Sunday with the event leaders finishing the course on a planned championship station. One spot on each squad of champions was reserved for auction/purchase by the public as a fundraiser for the USA Sporting Clays Team and to increase the winners’ cash awards.

In the Super Squad auction, bidding opened at $500 for men’s squads and $300 for ladies’. You can purchase any remaining position on a squad at that price or for a reasonable offer.

Positions are available on these squads: